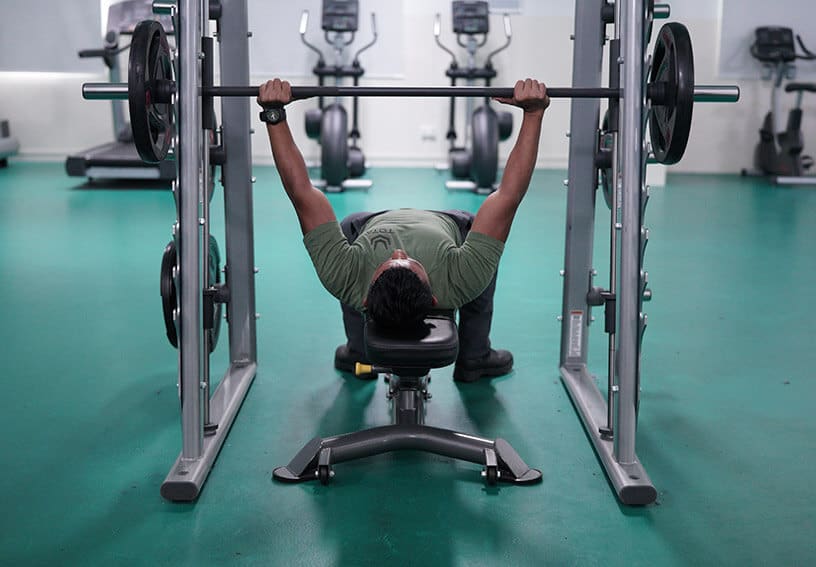 Disclaimer: This blog post is a personal thought and feel. In no way is it representative of the Singapore Armed Forces or any other government agencies.

The term “tactical athletes” can refer to police officers, firefighters, soldiers and maybe even emergency medical rescue personnel. Often I get questions asking if S&C is really necessary for the tactical population. My answer is simple, how you train your nation’s athletes, is how you train your nation’s tactical assets. After all, they are the ones who ensure that normal citizens like you and me can sleep soundly at night under the comfort of our blankets and pillows.

I still remember my first days as a recruit in the Singapore Armed Forces. Being an avid sportsperson during my poly years, I picked up simple knowledge on resistance training and periodisation without understanding too much in them. All I had known were I had to train about 3 to 4 times per week of medium to high intensity of resistance training per week, each time about 2 hours in duration, in order to maintain the high levels of fitness require to perform well in my sport. I needed to be able to run under 1 hour for 5km, pull myself above the bar in excess of 20 times, sit upright without using my hands in excess of 60 times consecutively and survive at least 2 hours of start and stop pulling actions on the waters.

Compared with my fellow platoon mates who had zero training background, eventually they had adopted the “come what may” attitude after numerous times of trying to beat the system from “Sergeant, my knee pain” to eating toothpaste with the hope of developing fever. Somehow the instructors always seem to have a knack for retaliating in the most appropriate way to see the recruits suffer, “knee pain, do push ups/chin ups!”. Me? My fitness background allows me to adopt the “always ready” mentality.

With the limited knowledge, I was barely able to make sense of the physical training as more often than not, we were made to do first, talk later. But after completing the sessions, all of us would not remember what questions we had as we only had limited focuses in mind, eat, poop and sleep. Even when I passed from Basic Military Training Centre to Specialist Cadet School and then to Officer Cadet School, there was barely any education on S&C and periodisation for us. Then, it dawned upon me that because on the limited duration on National Service (from 2.5 years to 2.3 years to 1.9 years) that we barely have sufficient time to learn soldiering/policing/civil defence skills, not to mention physical fitness / S&C.

However, with the world wide exposure on sport science and S&C, I, personally felt that it is important and imperative to educate and facilitate the goodness of S&C, mainly tactical S&C to the tactical population. It allows the individual to understand why physical training is done a specific way, why there were weeks of high intensity training, why there were weeks of lower intensity training, why is physical fitness important to the tactical population and why do we strength train and condition our tactical forces. More could and should be done to share good and bad S&C practices across the various tactical forces to raise efficiency and effectiveness of our tactical forces. More localised research can also be conducted on specialised S&C training for specific population e.g. heat acclimatisation, altitude training, tracking and better management of moving assets in terms of biometrics could be further explored to maximise gains for the tactical population. Most importantly, the sharing of such information should be made available to all the uniformed personnel regardless of rank, vocation, service type so that best practices can be promoted and bad practices eradicated for the goodness of tactical S&C training locally.