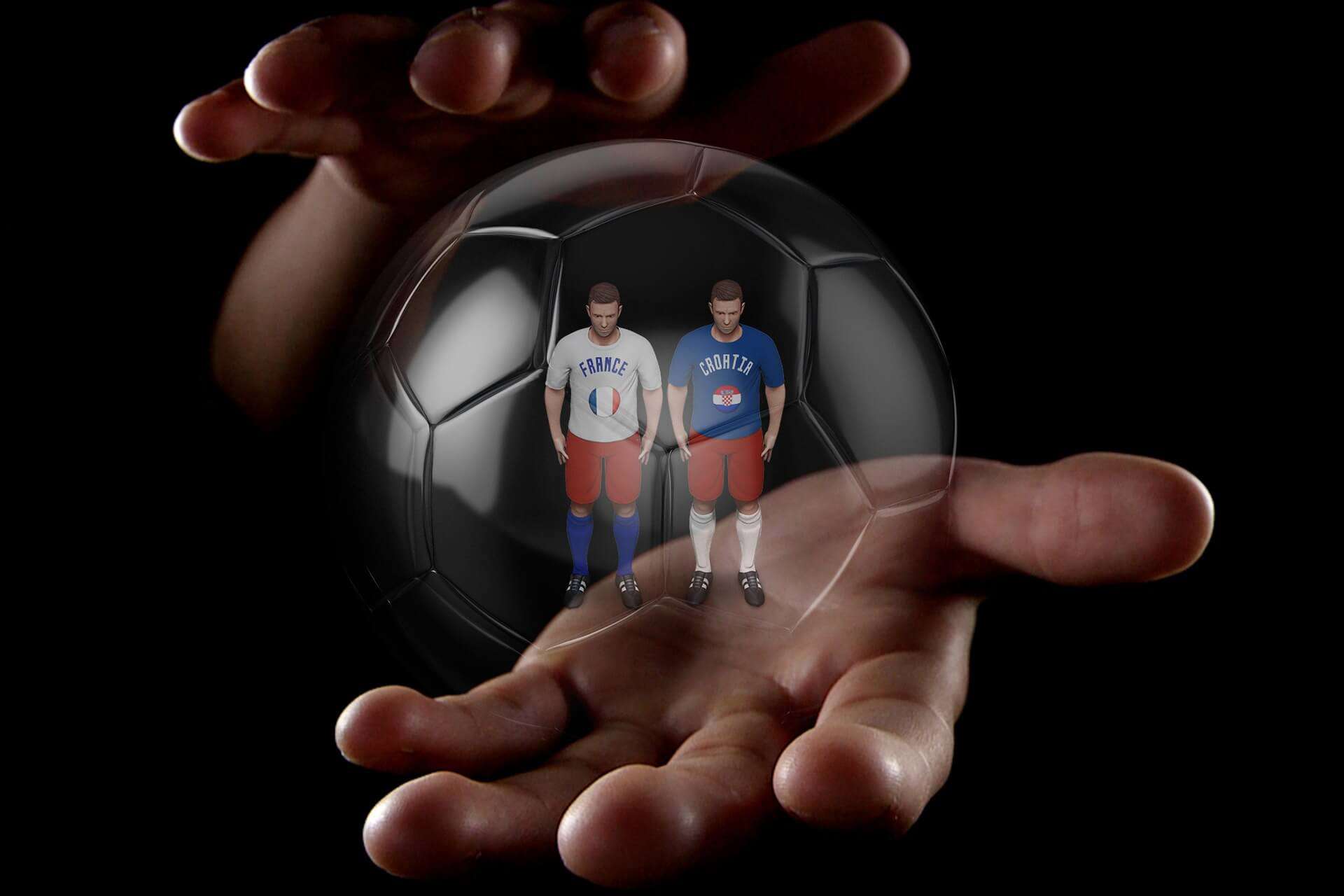 World Cup always take the world by storm and it happens every four years. Russia had the honour of hosting it this year. Kudos to all the players who showed their strength and endurance to vie for the world champion.

It was an exhilarating match between France & Croatia. France had won World Cup once, back in 1998 and Croatia would be their first if they did! Finishing off with the score of 4-2, France made it as a second time World Cup winner!

How does World Cup match associate with Technology? Not everyone will wonder but, there is still a minority group of companies or researchers, who tried using Artificial Intelligence, to generate a final prediction on the World Cup final champion.

In order to know a prediction with the use of AI, there is a need to use at least 100,000 times of records in order to simulate a result from the data. Having a set of data in order to instruct Machine Learning (ML), may not be enough. There are also other contributing factors of records needed, such as the use of FIFA rankings, each country’s population, each country’s Gross Domestic Product (GDP), bookmakers’ odds, number of national team players play together, player’s average age, winning counts of Champions Leagues and more. With this, ML will have to put through and simulate 1 million variations of the tournament to calculate the probability of advancement for each country. That’s tough!

Different approach of ML can lead to a different set of predication of the match and most of the time, the predictions are incorrect after final ends on 15th July. For example, a method of simulating every single match in a paired comparison in terms of team’s capabilities and winning odds, predicted that Brazil would win the title with 16.6% overall. Another example, generating a model was based on four factors: 1) the Elo rating; 2) the teams’ performances in the qualifications preceding the World Cup; 3) the teams’ success in previous World Cup tournaments, and 4) a home advantage, resulting in Germany with 24.0% would win. Third example uses Random Forest, and Poisson ranking algorithm with data records up from 2002 to 2014, and the prediction was Spain instead. In the end, it is still France and so the base idea of these three different models failed to predict the world cup results correctly.

So did AI fail? It still boils down to the proper data for training and modelling which in this case, even though there are good algorithms with right parameters, the model that is trained with hundred thousand of simulation, it still failed terribly. Prediction of a match does not just depend on the factors as mentioned earlier, but also external factors such as bad weather conditions, chemistry of referee and players, political situation of the countries or even the emotional feeling of the players on the field. A single “Own Goal” may not be easy predicted after all, through ML.

For one, game title “FIFA 18” was able to predict the wining team, France, in their game. The prediction came from using 406 million of virtual games statistic records, including one billion goals and 1.7 billion keeper saves. Of all these records, the prediction of 248,000 wins for France team.

After all, what’s the objective of this idea? Basically, it is just to use a scientific method approach, in this case, AI, to foresee the future!